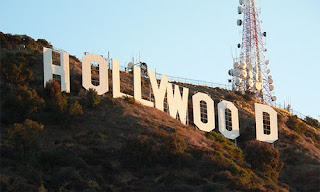 Hollywood - ‘The City of Dreams’ as it is so often regarded was the destination of choice to ring in the New Year celebrations and from the minute we stowed our Vuitton Holdalls, slipped into our Armani traveling outfits & settled into our BA Club World seats it was a decision that could not have been more LUXE …..

Landing into LAX and picking up our chariot for the duration of our ‘Fabulous In ….. LA’ adventure it was with dazzling smiles that we pulled into The Avalon - Beverly Hills and handed over our keys to the latest Mercedes AMG to the valet as the doorman opened the door to our home away from home.

The Avalon is some what of an institution in Hollywood, that has recently undergone a resurgence in popularity not only due to the remodel of it’s interior by famed designer Kelly Wearstler but also as seasoned travelers are starting to look towards smaller more boutique hotels as a place to call their own.

Opened in 1948 the walls of this 84 room hotel must certainly hold some of Hollywoods best kept secrets – with Marilyn Monroe in residence for 4yrs at one stage, Mae West having been another regular guest & the majority of ’I dream of Lucy/Season 2’ filmed on location around the infamous hourglass pool, I am surprised there has yet to be a film made about the hotel itself.

Despite the fact that many changes have been made cosmetically to the hotel, what truly does remain is the undeniable energy of old school Hollywood, a time when glamour was as natural as breathing & Tinseltown was adored from afar for the air of mystery that surrounded the stars of the silver screen.

Starting our ‘Living Life Luxe’ LA days always started of much like any other with the decision of where to have brunch – the best of the bunch for me would have to be ‘Brits in LA’ which is served every Tuesday morning at Cecconi's on Robertson, obviously not an exclusively British only affair but most definitely the best place to find the perfect ‘Full English’ to sort out your jet-lag as well as the endless entertainment that the surrounding table chatter provides.

My other ‘must do brunch’ for anyone visiting LA & I know I have mentioned this before is champagne brunch The Polo Lounge @ The Beverly Hills Hotel – stepping back in time you almost feel like Marlon Brando may walk through the door at any given moment - as you choose from the classics or some of their more ‘experimental’ items on the menu you’re serenaded by the musical styling of the resident jazz band which for me is very much close to my idea of heaven come a lazy Sunday morning.

Whilst we are on the subject of culinary delights, I have to say that second to none the food on this trip was unsurpassed – come sunset & depending on your time available I would recommend you experience the traditional taste sensations of Carolynn Spence at 'Chateau Marmont' previously head chef at The Spotted Pig NYC, give yourself over to suggestions by your waiter at sushi restaurant 'Koi' on La Ceienga Blvd, take cocktails at WeHo staple 'The Belmont' and enjoy being looked after by the very handsome Fabrice of Balthazar NYC fame at new ‘Farm to Table’ concept restaurant ‘The Everleigh’ on Sunset Blvd.

Heading a little further away from the traditional haunts of Hollywood, dowtown LA is quickly becoming the place to be with the almost to hot to handle ‘Bottega Louie’ serving up exquisite dishes & a patisserie counter that could put Magnolia bakery to shame.

Be sure to stop off in Silver Lake on your return, which for me was an undiscovered & now favorite quarter filled with amazing coffee shops / designer boutiques / home décor stores and local residents with such an interesting international flare it could almost take your breath away in a city so perfectly preened & practiced.

As the time drew near to head home & the bellboy collected our luggage, with one last quaff of the champagne looking over the hourglass pool ‘The City of Dreams’ had certainly not disappointed ……..

Starting ‘Fabulous In ….. 2011’ lounging by a pool in the Hollywood Hills surrounded by friends from around the globe it was in the words of Victoria Beckham with “Love & Light” and in my own words that I hope you may "Sizzle with timeless elegance & Raunchyluxe" in the fabulous year ahead !!

Michael Ashton
Being born and bred in small town New Zealand and always having had the big city lights on the horizon is what has lead me to travel most of the globe seeing places and meeting some of the most interesting and inspiring people I could have ever dreamed of…. Which has brought me to where I am today - Residing in London, working as a celebrity make up / hair stylist, surrounded by wonderful friends........ "I continue to aspire to make the gods and goddesses of this world sizzle with timeless elegance and raunchy luxe."